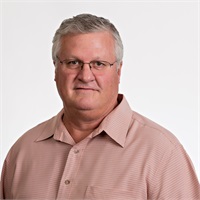 Barry Richey is a veteran in the financial arena. During a career that has spanned over 39 years, he has served as a NAIFA Ohio chapter president, a Life Underwriters Training Council Fellow as well as an Investment Advisor Representative.

He has been a guest speaker for groups as small and intimate as a local AARP and as big as multibillion-dollar corporations. He has spoken at a variety of colleges, institutes and universities, and he has traveled this land from one side to the other, sharing vital knowledge and information needed by so many.

He has been serving as President and Chief Executive Officer of Win Financial Group, Inc. since 1987, with operations originally in Ohio and now in North Texas.

On the personal front, Barry has been married for over 45 years to his high school sweetheart, Donna, and has three lovely children as well as seven grandchildren. He is active in the community and church, where he serves as an elder and activity coordinator.